„Borders and Beyond: Reinventing Europe” – Conference with the Swiss Institute in Rome 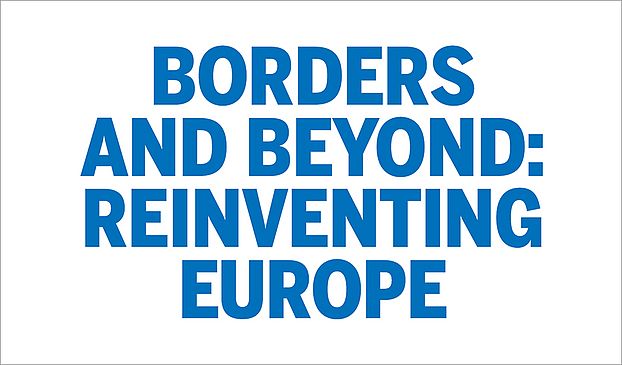 In light of the lingering sense of crisis within the EU, the Institute for European Global Studies and the Swiss Institute in Rome have organized a conference that sought to explore alternative framings of and redefined priorities for Europe. In its opening conversation, Roberto Esposito and Madeleine Herren-Oesch discussed Europe from a philosophical perspective. The conference took place on June 7-8, 2017, at the Swiss Institute in Rome.

A lingering sense of crisis has once again emerged, be it with respect to the European Union as a political project, unresolved economic disparities or, last but not least, rising nationalism as a populist response. The conference “Borders and Beyond: Reinventing Europe” reflected upon alternatives to these developments, not in terms of easy solutions to commonly accepted problems, but by exploring alternative framings and redefined priorities. Opening up such new perspectives is a task that appears all the more urgent as the crisis is of a multifaceted kind: economic, social, political, and philosophical. It is a crisis that gives rise to sharp disagreements among different actors on the direction and scope of European integration.

In the event’s opening conversation, the Italian philosopher Roberto Esposito and the historian Madeleine Herren-Oesch discussed identity and difference in Europe from a philosophical perspective (“Europa e filosofia, identità e differenza”).  In some of the other talks, the panelists explored territory, borders and Europe’s ‘outside’ (Teresa Pullano), sought to locate the place of Europe (Yves Mettler), or aimed to find out if a Europe of good-willing citizens is actually able to prosper (Daniele Archibugi).

The event was part of the Swiss Institute’s conference cycle “Experiment Europe”, a series of conferences that has been taking a closer look at various aspects of Europe, ranging from notions of democracy and challenges in education, research and innovation, to political economy, the current state of welfare as well as social security policy.

Madeleine Herren-Oesch is Full Professor of Modern History and Director of the Institute for European Global Studies at the University of Basel. Her research focuses on boundaries and their transgression, on concepts of the mutual influence of global, local and national actors, and on the transfer of knowledge and information.

The Swiss Institute in Rome is a foundation under private law that aims to promote, support, and facilitate cultural and scientific exchange between Italy and Switzerland. It was established in 1947 upon the initiative of the Swiss Confederation and is located in the Villa Mariani on via Ludovisi in Rome.