Call for Papers: Symposium on the Role of International Organizations in the Process of Decolonization 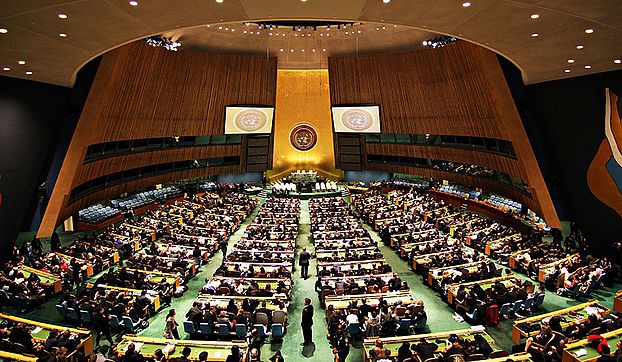 "International Organizations and Decolonization in Historical Perspective" is the topic of an international symposium that takes place on January 25-26, 2019 at the Ludwig Maximilians University of Munich. The event is jointly organized by the universities of Basel (Europainstitut), Sydney, and Munich. Scholars interested in presenting a paper can apply with an abstract until June 15, 2018.

The goal is not so much comprehensiveness, but to showcase a variety of methodological approaches, subjects, historical dynamics, and timeframes. While the twentieth century has received the majority of scholarly attention, the symposium seeks to expand the chronology by also paying attention to earlier instances of international organizations affecting decolonization and vice versa, for example in the Latin American context. It further aims to move beyond the examination of more prominent bodies such as the League of Nations and the UN as well as their affiliated agencies in order to showcase other organizations of global reach, such as the Arab League or the International Organization for Migration. It seeks to learn about a variety of actors – colonial subjects, citizens of new states and (former) metropoles, government representatives, experts and volunteers – and examine not only political and economic but also social, cultural, legal, and environmental history. By providing a common focus on the global history of decolonization and international organizations, the proposed conference aims to bring together scholars from diverse regional and thematic subfields.

Prof. Susan G. Pedersen (Department of History at Columbia University) is the keynote speaker at the symposium.

Scholars interested in presenting a paper at the symposium are invited to send a brief abstract of 250-300 words as well as a CV by June 15, 2018, to Eva-Maria Muschik at iosdecolonization@cluttergmail.com. While limited travel and accommodation support is available, presenters will be encouraged to explore their own funding opportunities.