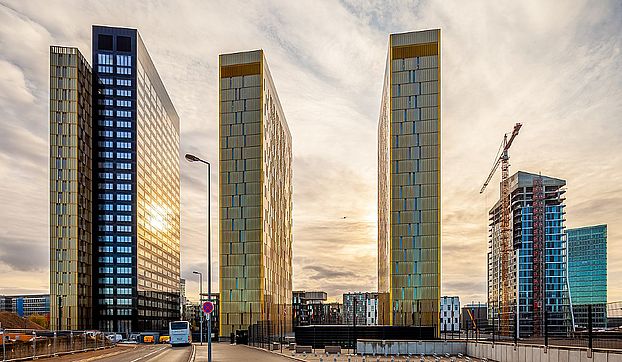 The Towers of the Court of Justice of the European Union (Picture: Laurent Verdier, CC0 1.0)

Discrimination against persons of non-ideal weight can potentially be challenged as unlawful under EU law according to a new book chapter by Prof. Dr. Tamara Hervey and Prof. Dr. Christa Tobler. The text was published as part of a new book titled "The European Union as Protector and Promoter of Equality", edited by Thomas Giegerich.

Despite persistent patterns of discrimination against people of "non-ideal weight", disadvantaging them is not forbidden in EU law. However, Hervey and Tobler argue that the jurisprudence of the Court of Justice of the European Union accepts the social model of the UN Convention on the Rights of Persons with Disabilities as a "general principle" of EU law. If this is accepted, the authors say that disability discrimination in EU law must be understood as a limitation which springs from impairments which, in interaction with various attitudinal and environmental barriers, may hinder the full and effective participation of the person concerned in professional life. For people of "non-ideal weight", it is the interaction of those attitudinal and environmental barriers with their physical characteristics (for instance, an assumption that overweight people lack motivation or self-discipline) that leads to discriminatory behaviour. Thus, where discrimination against persons of non-ideal weight falls within the scope of EU law, this can be challenged as unlawful according to the authors.

Tamara Hervey is the Jean Monnet Professor of European Union Law at the University of Sheffield. She is mainly working on transnational, global and comparative health law, equality and diversity, as well as legal education.