MOOC at the Institute for European Global Studies: "Switzerland in Europe" 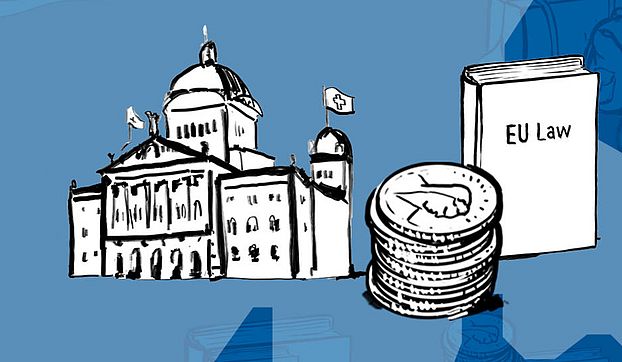 The Institute for European Global Studies invites registrations for its Massive Open Online Course (MOOC) on "Switzerland in Europe – Money, Migration and Other Difficult Matters". The course by Prof. Christa Tobler will be freely available on the online platform FutureLearn and starts on September 30.

The MOOC "Switzerland in Europe – Money, Migration and Other Difficult Matters" was produced in 2016 at the Europainstitut (Institute for European Global Studies) in cooperation with the online learning platform FutureLearn. Due to the success of the first edition, the course will be offered again in autumn 2019, starting on September 30.

The course by Prof. Christa Tobler deals with the position of Switzerland in Europe, and more generally with the issue of regional integration against the backdrop of global rules. It offers a legal and political look at the relationship between Switzerland and the European Union (EU). Located in Western Europe, Switzerland is a member of the Council of Europe (famous for its Human Rights Convention) but not of the EU, which is economically particularly important. The course elucidates the special challenges of Switzerland as a non-member state of the EU and examines its perception by other states – be they members or non-members of the EU. It also discusses what this perception might imply for other states. The course has a particular focus on much debated issues such as money (e.g. taxation or the banking secret), the debate about curbing immigration (asylum, free movement of persons) and the future of the legal relationship between Switzerland and the EU, as well as the consequences of these issues vis-à-vis and within the EU.

The course enables learners to understand the complexities that influence legal relations between the European Union and Switzerland. Learners become aware of the preconditions shaping the current situation – including its history. They also reflect on the effect that Switzerland's special situation has for debates in other countries. Learners are encouraged to reflect on current events on the basis of the insights gained through the course.

The course is designed for:

The course also addresses people without prior knowledge in the field of law.

Detailed information on the course and the registration process can be found on the website of FutureLearn.

Students enrolled at the University of Basel are also requested to register through MOnA between August 1 and October 14, 2019 (course no. 45254). In addition to the online course, they will have to participate in three meetings at the University of Basel and prepare a written paper. Upon successful completion of the course, they will be awarded with 6 ECTS.