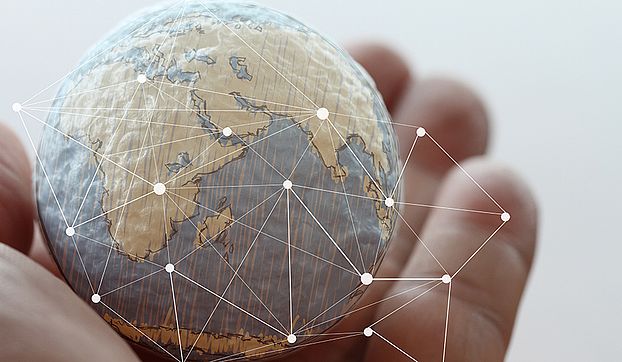 The journal opens with a contribution by Selina Morell, titled “A Legal Conquest of the Arctic?,” in which the emerging scholar examines the inclusion of the Arctic framework of China’s Belt and Road Initiative and its impact on the Chinese foreign policy approach towards the Arctic countries. In “Between ‘fremde Händel’ and ‘Weltpolizei’,” Fabian Schmid  analyzes debates on Swiss participation in peacekeeping operations after 1945, focusing on parliamentary discussions on obligations under international law, national legal provisions, and political priorities – as well as the famous Swiss neutrality. Anna Wolf’s comparative analysis of “Soft Law in EU Migration Cooperation with Associated Countries” explores three of the European Union’s non-binding bilateral arrangements, namely the Turkey Statement, the Jordan Compact, and the Lebanon Compact.

About the Authors:
Selina Morell studied European Global Studies at the Institute for European Global Studies of the University of Basel. She spent a year in Beijing (China), where she studied for one semester at the University of Tsinghua and then worked for six months as a trainee in the Political Section of the Swiss Embassy. Upon her return, she completed her master’s degree in summer 2019. Today, she works as a research assistant for the Federal Department of Defence, Civil Protection, and Sport.

Fabian Schmid worked and studied at the Institute for European Global Studies. He obtained his MA in European Global Studies in the spring of 2019, after which he worked for the Swiss Federal Department of Foreign Affairs in Budapest, Hungary. He currently acts as secretary for the Schweizerische Gesellschaft für Aussenpolitik SGA, the association La Suisse en Europe, the Plattform Schweiz Europa and is an academic intern at Neue Europäische Bewegung Schweiz.

Anna Wolf currently works as a Specialized Officer in the division for Schengen and EU cooperation at the Federal Office of Police (fedpol). After having graduated at the Institute of European Global Studies in 2019, she completed a 6-month internship at the Mission of Switzerland to the EU in Brussels.

About the E-Journal:
Global Europe – Basel Papers on Europe in a Global Perspective is an academic e-journal showcasing the excellent research of graduates as well as other young and senior scholars interested in analyzing Europe and the EU in a global context. The Graduate Papers from the Institute of European Global Studies were published in June 2020 as the e-journal's issue nr. 119.