New SNSF-Project on "The Divisive Power of Citizenship" 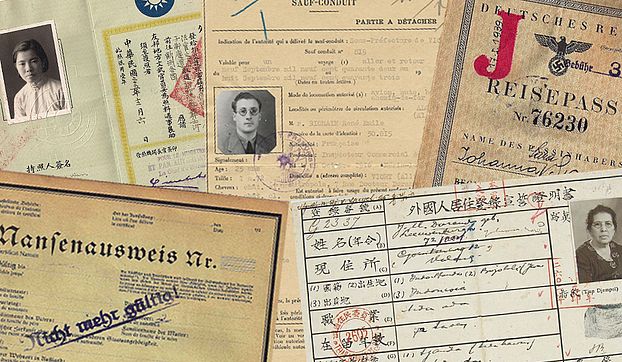 A newly launched research project led by Madeleine Herren-Oesch at the Institute for European Global Studies explores concepts and practices of citizenship in the 20th century. It is funded by the Swiss National Science Foundation (SNSF). The research project investigates the ambivalent elements in the granting and the withdrawing of citizenship, especially in situations of political crises, and asks how people in different historical contexts were affected by them.

Titled “The Divisive Power of Citizenship,” the new research project aims to analyze the tensions between nationalism, colonial privilege, racism, and the construction of transcultural social structures in concepts of citizenship and in the practices of their application. Historical case studies are at the core of the research project: The researchers will focus on the loss of citizenship and the danger of imprisonment for the misfortune of having ‘false’ citizenship between 1919 and 1945 – a time of simultaneous enforcement and destruction of citizenship.

“The Divisive Power of Citizenship” was launched on April 1, 2019. It is funded by the Swiss National Science Foundation (SNSF).

In the context of the new research project, the Institute for European Global Studies invites applications for two PhD positions (full time). One position will focus on an investigation of the legislation of denaturalization in the case of France with a focus on the French Colonies, the other position will set out to explore the international foreign communities in Asia during the Pacific War and the transformation of their members from a minority benefitting from colonial privileges into 'enemy aliens.' Interested candidates can submit their applications until April 24, 2019.

About the Principle Investigator

Madeleine Herren-Oesch is Professor of Modern History and the Director of the Institute for European Global Studies. Her fields of expertise cover 19th and 20th century history, with a special focus on global and transcultural approaches.

The Swiss National Science Foundation (SNSF) is the leading Swiss institution for promoting scientific research. Based on a governmental mandate, it supports scientific research in all academic disciplines, from history to medicine and the engineering sciences.

Further SNSF-Funded Research at the Institute

Currently, the SNSF is funding four more research projects at the Institute for European Global Studies. In the project Authenticity and Comparison, scholars explore sources from Chinese and Western Philosophy to gain insights into the possibility of comparing without making the objects of comparison unauthentic. A Global History of Swiss Diplomacy investigates Swiss diplomacy in a global perspective with a focus on the period from 1848 to 1975. The project “Labor Law and Age-based Discrimination” explores legal ways to prevent age-based discriminations in Swiss and EU labor law. And The Exterior of Philosophy studies 20th century New Confucian philosophy by deploying a sociological perspective for philosophical aims.