Ralph Weber at Conferences in Germany 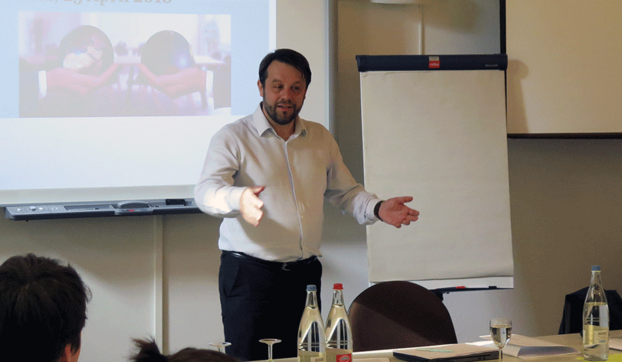 In early November, Prof. Ralph Weber participated in different events on China Studies and Chinese Philosophy in Germany. At conferences in Freiburg and Düsseldorf, the professor for European Global Studies discussed panel contributions; at a book symposium in Berlin, he presented a paper himself.

The topic of the conference at the University of Freiburg was “Theory and Praxis: Philosophy in a Global Perspective.” Maarten Hoenen (Basel) and Ralph Weber were the panelists of the final discussion of the conference. In Düsseldorf, Ralph Weber attended the “Confucius China Studies PhD Forum,” commenting on a paper that sought to explore the Tang Dynasty’s strategy in its Western regions, focusing on the contributions of Turks in particular, and to draw connections to China’s current Belt and Road Initiative.

At FU Berlin, Ralph Weber participated in a symposium that was organized on the occasion of the German translation of Chinese philosopher Zhao Tingyang’s latest book on the concept of tian-xia (all-under-heaven), 天下的当代性:世界秩序的实 践与想象 (German: Alle unter einem Himmel - Vergangenheit und Zukunft der Weltordnung). After the author elaborated on his ideas, Ralph Weber presented a paper in a panel on the concept’s contemporary relevance.