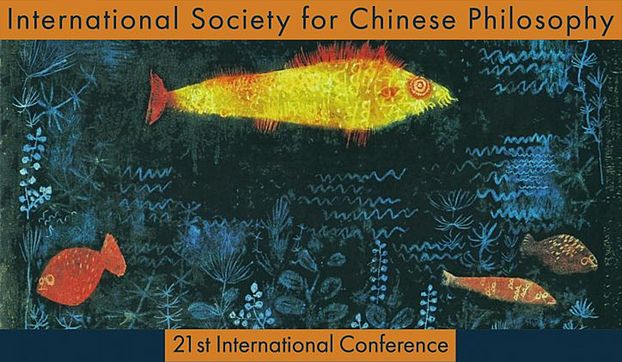 “Reality, Argumentation, and Persuasion: Metaphysical Explorations and Epistemological Engagements in Chinese Philosophy” was the topic of the 21st International Conference on Chinese Philosophy. Ralph Weber, Philippe Major, and Zhenxu Xu presented papers at the biannual academic gathering, which took place from July 2-5, 2019, at the University of Berne.

Ralph Weber gave a talk on “Huang Zongxi’s Critique of Fellow Confucians as Failed Advisors,” Philippe Major spoke about “Philosophical Textuality between Heaven and Earth: Reading Tang Junyi,” and Zhenxu Xu presented a paper on “Rectification of Names vs. Nullification of Names: Xúnzǐ and Zhuāngzǐ as Two Responses to the School of Names.” Beyond the three speakers, Yvonne Yim Fong Chan and Milan Matthiesen also attended the conference. All of them are members of the Institute’s research project “The Exterior of Philosophy: On the Practice of New Confucianism.”

The 21st International Conference on Chinese Philosophy took place from July 2-5, 2019. It was hosted by the Department of Philosophy of the University of Berne, and organized by the International Society for Chinese Philosophy (ISCP). The ISCP is an academic association that aims to bring together scholars from all corners of the globe who share an interest in Chinese philosophy, and to promote the study of Chinese philosophy in both academic and non-academic circles.

Philippe Major is a postdoctoral researcher in the SNSF-Project „The Exterior of Philosophy: On the Practice of New Confucianism.” His research focuses on modern Confucian philosophy, the sociology of philosophy, modern Chinese intellectual history, and the New Culture movement (1915-1927).

Zhenxu Xu is an SNSF-Fellow in the research project “Authenticity in Comparison.” Among his research interests are metaphysics and ethics in Neo-Confucianism, methodology of comparative philosophy, as well as Wittgenstein, metaphilosophy and the Problem of Dogmatism.