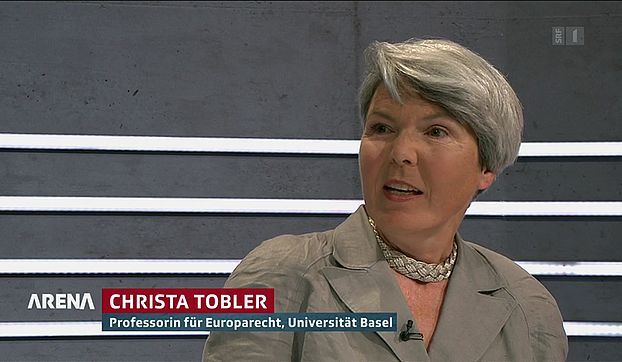 Christa Tobler was invited as an expert on European law in the political program "Arena" on Swiss television on September 28, 2018. The topic were the consequences of the resignation of two members of the Swiss government for the legal relationship between Switzerland and the EU, and in particular the ongoing negotiations on a new institutional framework for selected market access agreements between Switzerland and the EU

The evening news programme "10vor10" on Swiss television on September 28, 2018, included an interview with Christa Tobler on the decision of the Swiss Federal Government to propose to the Swiss Federal Parliament the payment of a financial contribution to projects in selected EU countries (as was done previously). With its Swiss expertise, the Federal Council wants to contribute to reducing economic and social inequalities and to improving the management of migration movements in selected EU member states. These payments are similar to those made by the EEA countries. The EU sees them as related to Switzerland's market access to the EU's enlarged internal market.