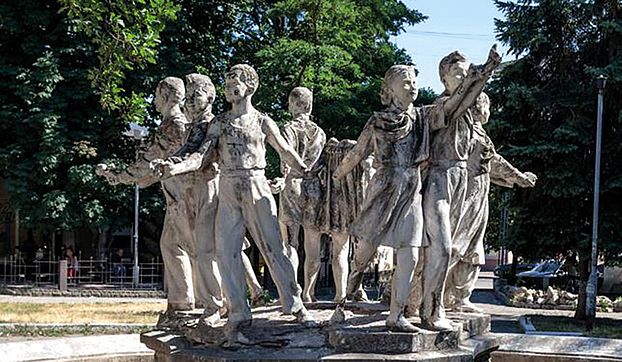 “Demodernization in Post-Soviet Societies: The Case of Ukraine” is the title of an upcoming Europakolloquium with Mykhailo Minakov. The event takes place on October 29, 2019, at 6:15pm (Alte Universität). It is organized by the Institute for European Global Studies in cooperation with Ukrainian Research in Switzwerland (URIS) and Osteuropa-Forum Basel.

Today’s Ukraine – like other post-Soviet states – was established as a result of the attempt to modernize the late Soviet population. The plan was to build democracy, a nation state, and a market economy. However, the reality turned out to be very different from the plan. Demodernization, a reverse development with a return to earlier stages of modernity and/or archaic ways of life, seems to be a strong factor defining the life of Ukrainians and their neighbors today. Mykhailo Minakov will look into the social reality of Ukraine and neighboring countries in an attempt to understand the characteristic traits of contemporary Eastern European development.

Prof. Dr. Mykhailo Minakov, URIS fellow at the University of Basel and senior fellow at the Kennan Institute, Woodrow Wilson International Center for Scholars, is an internationally renowned philosopher and scholar working in the areas of political philosophy, political theory and the history of modernity in Eastern Europe and Western Eurasia.

Ukrainian Research in Switzerland (URIS) is a network that aims to support expertise on Ukraine in Switzerland by fostering scholars and supporting international networks of Switzerland-based university research on Ukraine.

The Osteuropa-Forum Basel is a local association (Verein) that aims support knowledge transfers between academia, the arts, and the public by organizing a wide range of events on Eastern European history and culture.

The lecture and the following discussion will be moderated by Frithjof Benjamin Schenk, Professor of Eastern European History at the University of Basel and director of URIS. The event takes place on Tuesday, October 29, 2019, at 6:15pm (Alte Universität, Hörsaal 101, Basel).