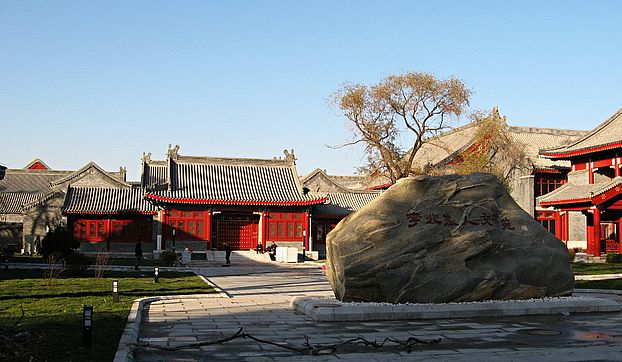 ”Tu Weiming's 'Multiple Modernities'” were the topic of a presentation by Ralph Weber on October 20, 2019, in Beijing. Weber held his talk at ”The Second Spiritual Humanism Symposium” which took place at Peking University.

Confucianism and modernity were the central tropic of Weber's remarks. Modernity has stood as the central challenge for Confucians for more than 200 years. In the presentation, Weber showcased philosopher Tu Weiming's ability to present Confucianism by drawing on the sociological vocabulary of his day, but never quite confining his study of Confucianism to sociology. The presentation drew on Ralph Weber's current project ”The Social and Political Thought of Tu Weiming: A Sociological Reading”. The project is conducted in the remit of the research group The Exterior of Philosophy: On the Practice of New Confucianism led by Ralph Weber.

”The Second Spiritual Humanism Symposium” took place at Peking University on October 19-20, 2019. The event was held on the occasion of Tu Weiming's 80th birthday.