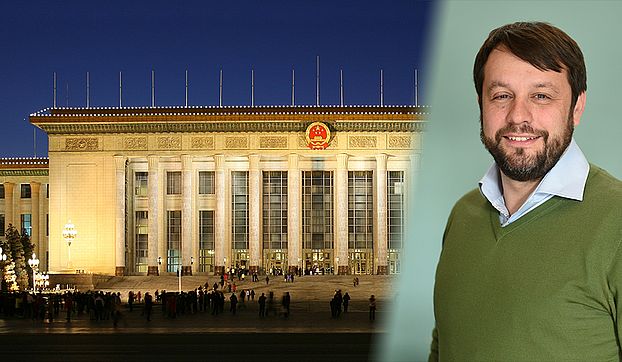 A new study conducted by Prof. Ralph Weber traces some of the networks the Chinese Communist Party (CCP) uses to influence Swiss society as well as economic and political circles. Titled “Unified Message, Rhizomatic Delivery,” Weber’s study is the first work to explore tactics of CCP influence and united front activities in Switzerland. It was published by Sinopsis on 18 December 2020.

Focusing on both personal and institutional networks used by the CCP, the study shows that the efforts of exerting influence address issues Beijing regards as sensitive, including questions concerning Tibet, Taiwan, or Xinjiang. Simultaneously, the strategies aim to establish a positive image of China in Switzerland more generally. Swiss-based actors who appear to be co-opted in such efforts – both with and without their knowledge – are at the study’s focus. Weber’s work reveals the grey zones in which such tactics of influence, and at times interference, are conducted, and it shows the rhizomatic manner in which a unified message from various Chinese actors is projected into a target society like Switzerland.

Two Main Target Groups
The study suggests that efforts of influence are directed primarily towards two main target groups: Firstly, united front organizations and related bodies that cater to the Overseas Chinese community, and secondly, Swiss-based actors, such as the Swiss Chinese Association or the Swiss Trade Association, that speak to Swiss society, economy, and politics more broadly. The latter group, as the study demonstrates, operates under the assumption of a false equivalence, mistaking CCP-controlled bodies for civil society associations.

Key Insights and Findings
Accordingly, one of the key findings points to the need to increase awareness at all levels of Swiss society, economy, and politics, and to establish a more solid knowledge base on the structure and functioning of the Chinese party-state. Furthermore, the findings of the study point to the strategic significance of science and technology, raising questions about knowledge and technology transfer as well as talent recruitment efforts. While many of the efforts to exert influence appear to be of minor significance, Weber’s study shows that the amount of efforts, the systematic yet rhizomatic nature, and the unified message hint at larger patterns that are likely to entail serious consequences only cumulatively and over a longer period of time.

About the Study and Its Author
Ralph Weber’s new study “Unified Message, Rhizomatic Delivery: A Preliminary Analysis of PRC/CCP Influence and the United Front in Switzerland” was published on 18 December 2020 by Sinopsis, a project implemented by the non-profit association AcaMedia z.ú., in scholarly collaboration with the Department of Sinology at Charles University in Prague.