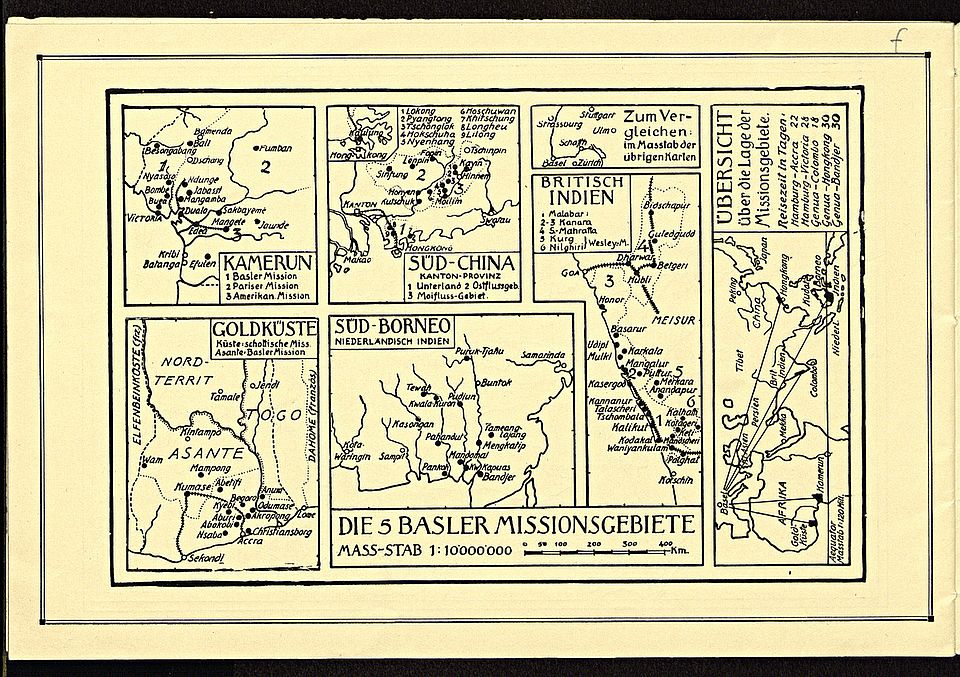 BMA 97868f. Map of the Basel mission areas in 1931, showing also Southern Borneo, which was adopted as a mission area after the First World War. 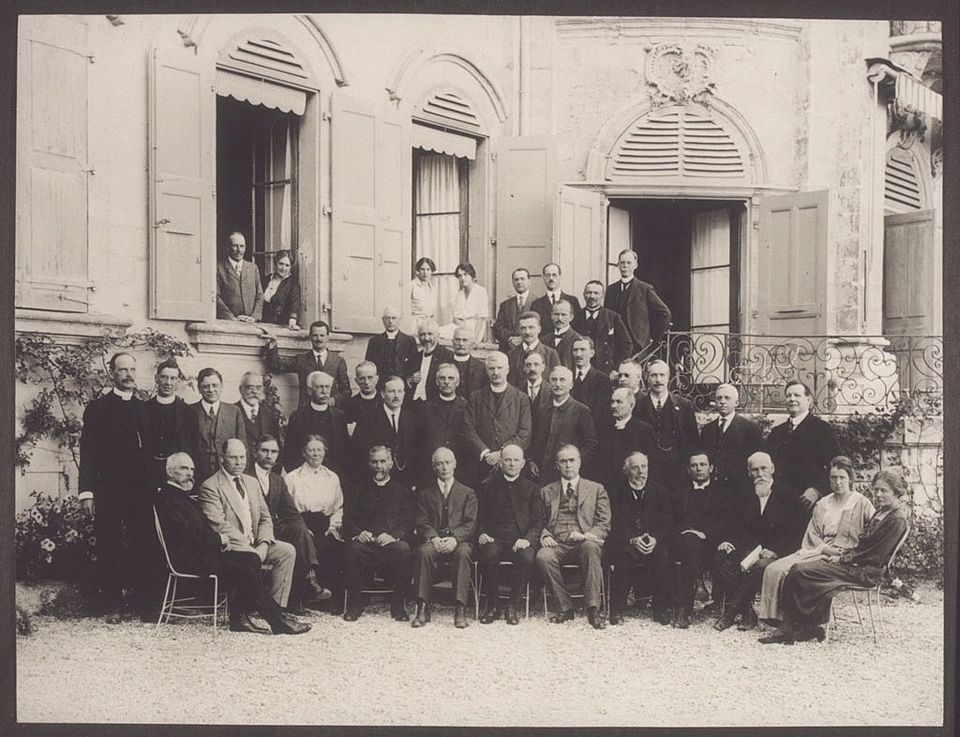 BMA QS-30.033.0006. The international Line-up of the missionary meeting at Crans in June 1920. At this gathering, the foundation of a permanent international lobby institution of protestant missionary societies, the International Missionary Council, officially established in 1921, was decided. In the third row, as second person from right, with sun glasses: Friedrich Würz, Mission Inspector of the Basel Mission. 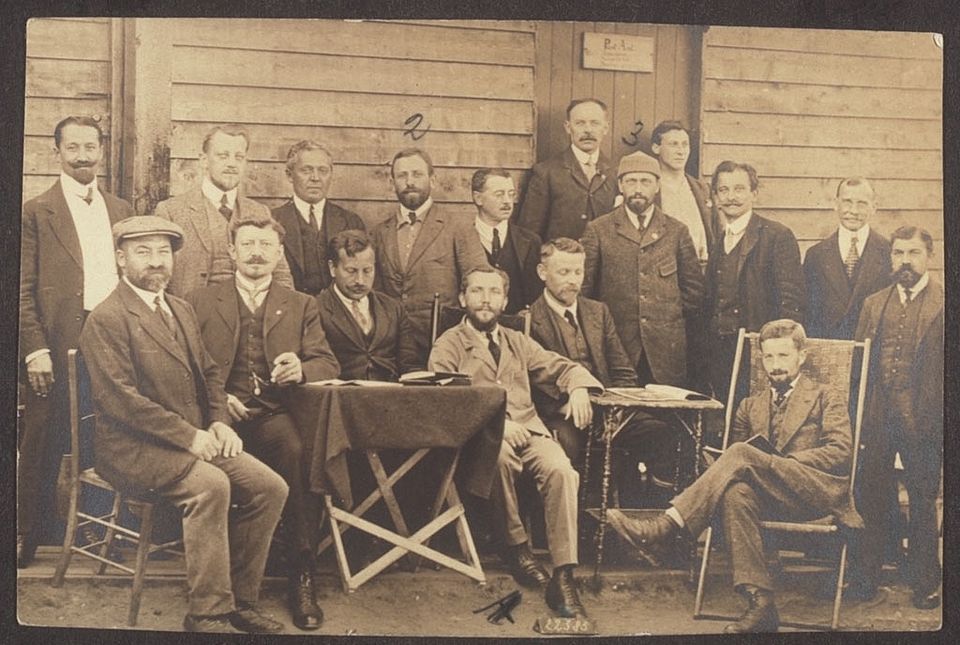 The SNF-research project deals with the global endeavours and ventures of the Basel Mission in the period from 1910 to 1925. The project analyzes the Basel Mission as a globally operating organization, connecting not only colony and metropolis, but also personal and institutional stakeholders within Europe and across the Atlantic Ocean with religious, scientific, administrative or commercial backgrounds. Situating the Basel Mission as part of protestant internationalism, the study is located at the intersection of global and transnational history respectively, as well as mission history.

Religious Movements and the Foundation of International Organizations

In order to examine the society's contribution to the hitherto not sufficiently observed connection between religious movements and the foundation of international organizations, the investigation concentrates on the years from the World Missionary Conference in Edinburgh in 1910 to the Basel Mission's return to its by British expulsion earlier lost mission areas in 1925. By 1900, the Protestant Missionary Society in Basel, founded in 1815, had become one of the largest German speaking protestant missions in the world. The society not only maintained mission areas from Western Africa to China but also operated through its trading company, which played a crucial role in the cocoa trade as well as in industrial weaving and brick manufacturing. Owing to its Pietist origins, the Basel Mission was from the start part of existing international networks in the protestant world. Numerous supporting associations in Switzerland and Germany contributed to the transnational Swiss-German organizational structure within the missionary society. Moreover, the Basel Mission maintained strong personal connections to German and British missionary circles as well as to Switzerland's political and financial elites and was an early member of emerging international religious organizations, such as the International Missionary Council founded in 1921.

The Example of the Basel Mission

The example of the Basel Mission and its efforts to overcome the crisis resulting from the First World War and the expulsion from most mission areas will be used by this project to examine how global competences and trans-cultural economies of knowledge developed beyond national institutions and the religious motivations of the missionary societies. What role did the international connections of the Basel Mission play on a personal and institutional level in this context? How did the demand for a specific expertise to create worldwide entanglements develop in the investigation period? How did a demand to refine these entanglements in asymmetric and colonial constellations as well as conflict situations develop? What influence did a religious internationalism have on this?

The project examines these questions on three different levels: the international organizations connected with the Basel Mission, the personal estates of the stakeholders involved in this network, and the loss of the mission areas showing the limits of such networks and therefore being used as a cross check. In the attempt to answer these questions, the project is based on the recently emerging approach in social sciences to emphasize the relevance of religious non-state stakeholders and their networks in shaping a global civil society beyond religious frame-works. It therefore relies on empirical historical work about the vast trans-boundary spaces created by missionaries through correspondence, journeys, publications and conferences and their thereby emerging relevance for the history of internationalism.