Building Paradise: New Book on the History of the "Sandgrube" by Susanna Burghartz and Madeleine Herren 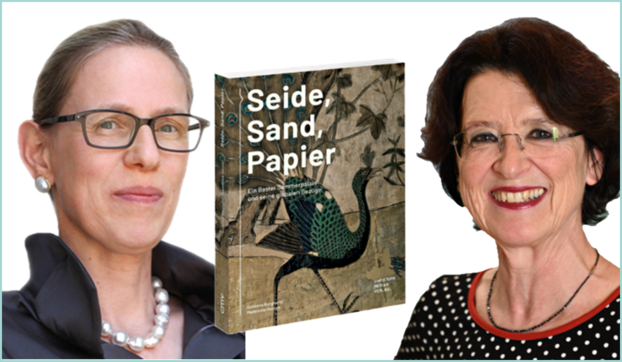 In an 18th century summer house, Basel's global past comes to life. In a newly available book, Susanna Burghartz and Madeleine Herren discuss Basel's multi-faceted global interdependencies using the example of the Sandgrube and its inhabitants. 300 years of global history - fascinating to this day. The book about the current location of the Institute for European Global Studies has been published by Christoph Merian Verlag.

In the middle of the 18th century, Basel silk ribbon manufacturer Achilles Leissler (1723-1784) built a summer house on Riehenstrasse which became known as the "Sandgrube". The building is one of many impressive residences in the vicinity. These not only represented the economic elites of a wealthy city, they were also located close to the production sites that made cotton and silk through special dyeing and printing processes, thus serving a global market.

The book by Susanna Burghartz and Madeleine Herren investigates the history of the "Sandgrube" and its internationally active inhabitants. The building exemplifies Basel's early participation in global markets and its effects on the city.