Within the research field of "Transnational Law and Statehood" the research at the Institute for European Global Studies includes a focus on questions of citizenship, identity and belonging in contemporary societies and their transformation in and through transnational law. Today, states continue to use citizenship as an important marker of belonging and exclusion. On the one hand, barriers for acquisition of citizenship through naturalization have been raised and deprivation of citizenship increasingly used as a measure to protect national security in many European states. On the other hand, new forms of legal and digital identity are introduced to facilitate global mobility for certain groups. On the basis of these fault lines between state sovereignty, shifting borders and individual rights the research in this area looks at the regulation of legal and digital identity in international, regional and domestic law and explores transformative potential of these new developments for citizenship and democratic membership in the 21st century.

Principal Investigator of the Research Area 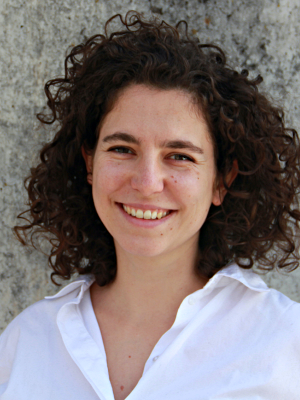 Given the political crisis that the process of European integration is facing, but also given the acceleration in the interdependencies among states within the EU, new and more fitting explanatory frameworks are much needed. The Eurozone crisis that started in 2008 and the recent developments of the Greek crisis within it during the summer of 2015 revealed at least three elements that classical theories of EU integration fail to explain: (1) European integration is a highly political and strategic field, within which lines of fracture among governing institutions, be it European, transnational (such as the International Monetary Fund) or national, have emerged in a powerful manner, and this was especially clear during the Greek crisis of 2015; (2) The use of Memoranda of Understanding during the Eurozone crisis and in particular during the Greek crisis puts seriously into question both intergovernmental and post-national theories of European integration, since it shows that the limits of statehood are not anymore confined into the national borders. On the opposite, the reshaping of statehood at different scales that takes place during the management of the crisis shows that there is a need to investigate the restructuring of state power at the level of the continent, at least Critical theories of the state that underpin the relational approach such as Poulantzas’ concept of “authoritarian statism” (Poulantzas 2000), indicating an intensified state control over socio-economic life in a context of intense political crisis, are useful to explain the present state of EUrope. (3) The political and economic crisis of the Eurozone showed also a different map of EUrope, one in which there is a differential positioning of some states and regions with respect to others. Various terms can be used to describe this dynamic: uneven development, regional and state rescaling, territorial restructuring. Without re-conceptualizing EUrope as a process of statehood and territorial restructuring, we will not be able to fully understand these phenomena.

Today, there is growing consensus in the social sciences about the ongoing centrality of the state. Processes such as globalization, Europeanization and decentralization are now read as contributing to the transformation of statehood rather than as its demise.

The research falling into the present research area focuses on the relation between European integration and statehood restructuring. However, scholarship thus far has not considered the European Union as a form of statehood, on the opposite there is the almost unanimous opinion that the EU is not a “state”. Only recently, some authors started studying the EU through the lens of state transformation. Here, it is possible to distinguish between two positions: the first one sees the EU as an international authority that exercises pressure and thus produces changes over its member states; the second one analyzes the European Union as an integral moment of statehood restructuring in EUrope. Here, we follow the latter line of analysis (Pullano 2014).

Most of the current literature on globalization and on European integration adopt a state-centered model, sometimes without acknowledging it. By “state-centrism”, I mean approaches that take the late nineteenth-century sovereign national state as their reference point. This is problematic because it makes it impossible to acknowledge the dynamic nature of processes of statehood transformation and their plurality. Research is thus trapped into a “black or white” vision of the state: either we are still within the Weberian paradigm, characterized by centralized authority and fixed territory, or we are completely beyond it, living in a world where the state is fading away and being replaced by forms of private or semi-private governance and deterritorialized regulation. On the opposite, I start from the hypothesis, emerging from my postdoctoral work, that European integration is better analyzed as a qualitative transformation of statehood and territory as the product of changing social, legal and political relations. Strategic and relational theories of the state have begun to conceive the state differently as a set of social relations which do not need to be neither depending upon a unitary power center nor limited to a defined and uniform territory. In the relational approach to statehood restructuring statehood is defined as a set of strategic and power relations embedded into a given social and material context. Up to date, there is no in depth and complete analysis of EUrope as an integral moment of statehood and space restructuring in the relational sense, that is considering social, legal and political relations as the main factors of statehood. My current research work seeks to fill this gap. To theorize the relations that are shaping statehood and its spatial matrix across continents, or better “despite” the closed concept of continents, this project uses two main theoretical approaches readapting them. The economist and sociologist Giovanni Arrighi makes some important contributions to a “relational” approach of statehood transformation through his world-system theory approach (Arrighi 2003). Central for this project’s approach to changes in the spatial and territorial dimension of EUrope as a form of statehood is the work of Henri Lefebvre and its most recent interpretations. For the French geographer, the process of co-production of space and statehood does not only take place within the state, but also through the relations that the state entertains with the global space (Lefebvre 2003).

A remaining problem of current theories of the state is that they mostly under-theorize questions of territory, which is always understood as pre-given at the national level (Agnew 1994; Shah 2012). For this reason, Lefebvre calls for both a spatialized and a relational account of statehood. “This requires a spatialization of political theory, not without a critique of its deterritorialized abstraction, which, at the same time, takes into account localities and regions, differences and multiple (conflictual) associations, attached to the soil [sol], to dwelling, the circulation of people and things, in the practical functioning of space” (Brenner 2004).

In relation to European integration, a focus on the spatial and territorial dimension of EUropean statehood restructuring is thus far missing. The spatial and territorial dimension of the process of integration is often removed both by official accounts of EU integration and by the literature on European studies. This is especially problematic, I argue, since one of the key elements of the process of European integration, understood as the formation of a quasi-state entity, is closely linked to its spatial and territorial dimension. My previous research on EU citizenship has illustrated how EU citizenship is a technique for the production of a legal territory at the level of the European Union, and a differential one (Pullano 2014a). This already implies a relational and dynamic understanding of territory. However, further analysis in political theory is needed to clarify in-depth the meaning of space and territory as referring to the EU as a form of quasi-state to allow for a concrete understanding of statehood as a set of strategic relations.

From the beginning of the Eurozone crisis in 2008, we have witnessed a remaking of the EUropean political space not only within but also vis-à-vis its putative “outside”. However, in analyzing how statehood and territory are co-produced through strategic relations within EUrope and at the transnational level, more precisely across EUrope and African forms of regional organisations, my research  radically departs from current theories of European studies, which are significantly limited by an assumed divide between the internal and external with only a few exceptions (Hansen & Jonsson 2014). While studies on EU external action or normative power are plenty, they still reproduce this divide. Outside of the field of European studies strictly defined, it is possible to find different resources to think about the restructuring of European statehood and space through a relational perspective that makes sense of the co-production of space and statehood between the inside and the outside. Here one can distinguish between two approaches. The ones that study statehood transformations through its entanglements with the world system (Arrighi 2003), and those theories that look at the ways in which center-periphery relations at the world level can be thought anew (Brenner 1999; Brenner & Elden 2009). Not taking on board theories bridging the inside and outside in European studies is problematic because it ignores the fact that the process of European integration is not only the result of internal dynamics, but it is closely connected to transformations linking how the European nation-state evolved during and after colonization. The imperial dimension of European states and the process of decolonization are key factors in determining the modalities of European integration. From a scientific point of view, when moving beyond the inside/outside divide to study European statehood and territory restructuring the accent shifts from considering EUrope as a pre-given geographical and political unity to focusing on the relations that produce statehood and territorial transformations, and their uneven character. 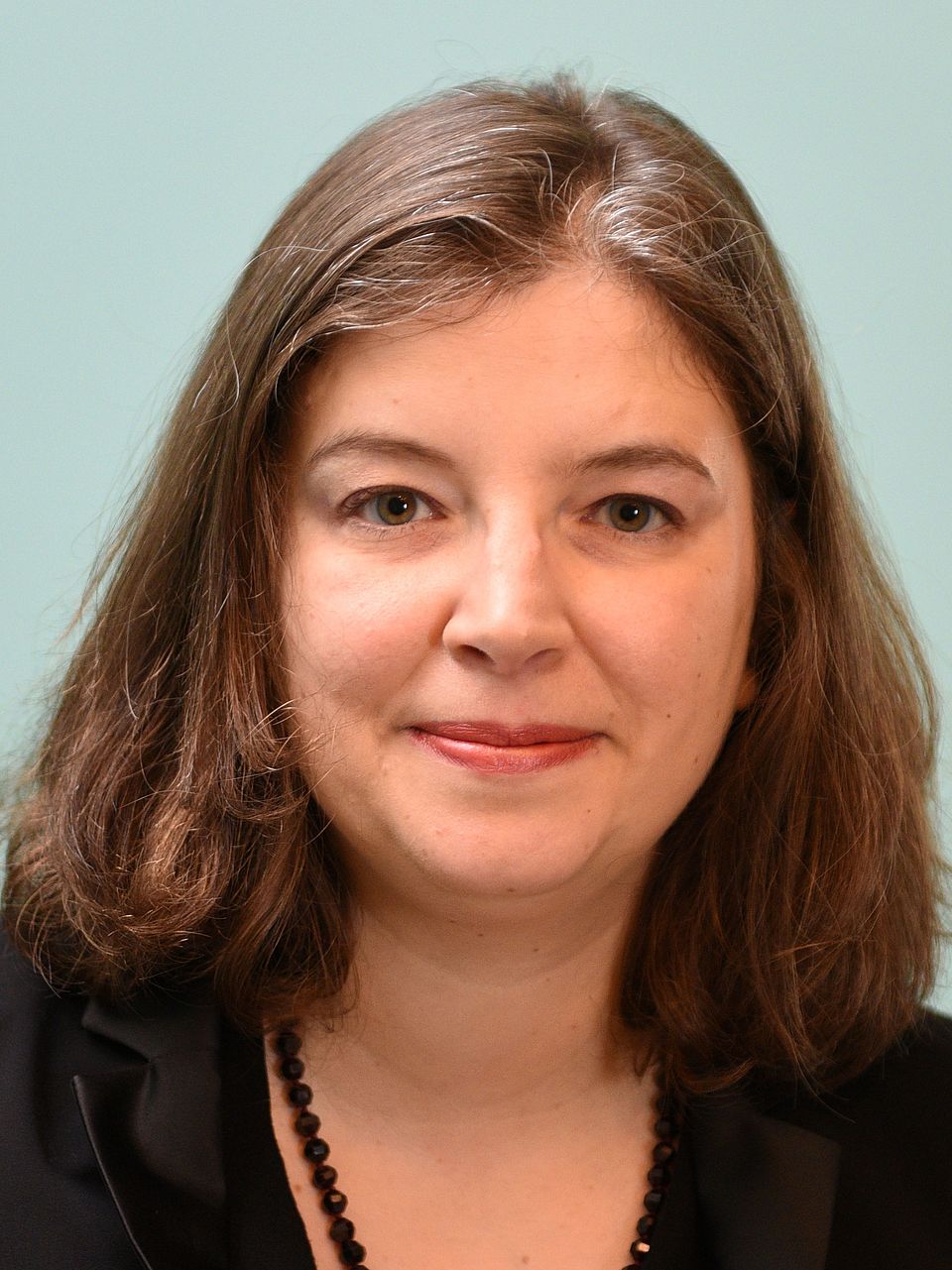