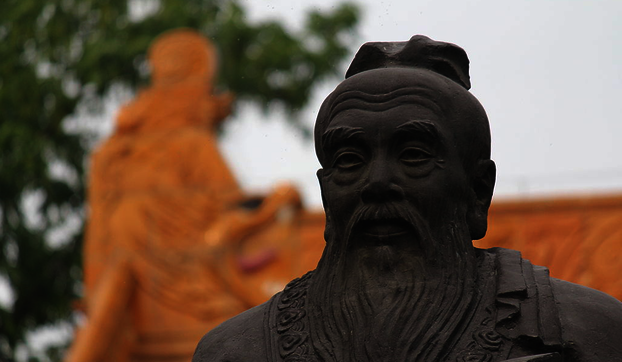 Philippe Major, Yim Fong Chan and Milan Matthiesen have pitched their project "Mapping Confucian Networks (1911-2021)" at the Orientalistentag 2022. The three researchers aim to create a database and website highlighting the networks of modern Confucians with their peers, other intellectuals, politicians and institutions. The conference took place on September 12-17, 2022, in Berlin.

At their panel, Philippe Major, Yim Fong Chan and Milan Matthiesen introduced the database, which is supported by Digital Humanities research software Nodegoat, and its use both as a reference tool and as a research instrument. They addressed how the database, as a research tool, promises to answer questions that have been of central importance in the field of modern Confucian studies but that remain unanswered to this day due to a lack of centralized empirical data (e.g.: when and where did a cohesive “modern Confucian movement” emerge?). They also discussed how the database will allow us to raise new questions, notably about the modern Confucians' relations to political power, the role of women in the movement, and the general development of post-1949 intellectual circles in Taiwan and Hong Kong. Finally, the panelists reflected on the potential of Digital Humanities approaches in the field of sociology of philosophy.