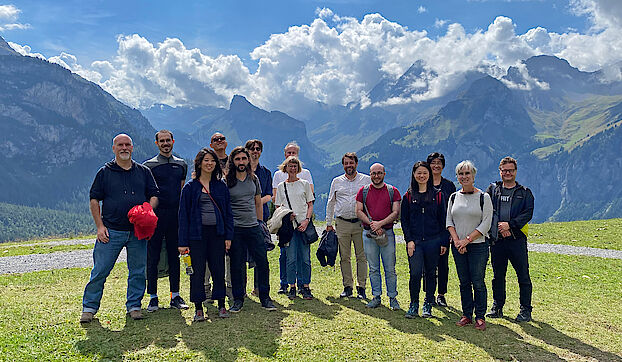 The participants of the international conference "Sociological Approaches to Modern Confucian Philosophy" during their trip to Oeschinen Lake.

On August 29 to 31, an international conference at the Institute for European Global Studies discussed sociological approaches to modern Confucian philosophy. Four sections examined an array of geographical and historical contexts from late Qing China to today. The proceedings will be published in the Brill series "Modern Chinese Philosophy" as an edited volume.

While the first section of the conference was dedicated to the period "From Late Qing to Early Republican China", the second part covered republican China and the Cold War period. "Modern Confucianism in Hong Kong, Taiwan, and the U.S." was in the focus of the third section, before the fourth section concluded with a look at "Modern Confucianism in the Contemporary PRC".

Next to the rich academic program, conference participants were offered a chance to take a tour of the Sandgrube with Lars Kury and join a day trip to Oeschinen Lake.