“Learning from Athens”: German Elections and the Need for Reform 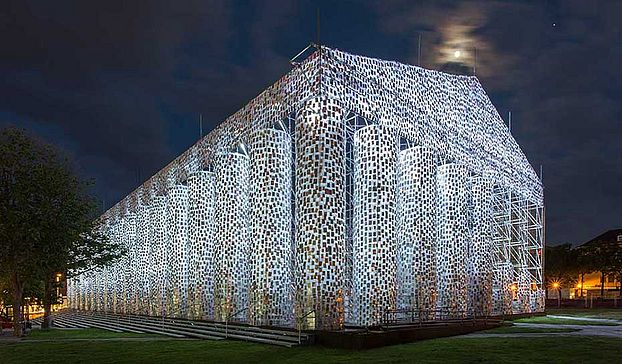 On September 24, 2017, Germany has elected a new parliament and government. Will the newly elected political leaders of the country be able to “learn from Athens”? A comment by Teresa Pullano, Assistant Professor for European Global Studies.

“Learning from Athens” is the title of the 2017 edition of dOCUMENTA, one of the world’s most important festivals of contemporary art, taking place in the German city of Kassel every five years. This year, and for the first time, the exhibition took place both in Athens, Greece and in Kassel, Germany. The choice of the exhibition’s director, Adam Szymczyk, has been both praised and criticized: his choice is, for some, too political, for others just opportunistic.

Nevertheless, what is interesting is that this festival, expression of European and global art, expresses very well the contradictions of Europe, of its relation to the world and of Germany as a country occupying a specific, symbolic but also concrete, position in the continent’s own narrative. Moving part of the festival to Athens meant to highlight two of the main failures of today’s Europe: the ferocious debt crisis that invested the Eurozone, and the refugee crisis. Starting from these two contemporary events, “Learning from Athens” also wanted to point to the role of Europe, and of Eurocentrism, in today’s global catastrophes, such as the global economic crisis, wars in the Middle East and the environmental crisis.

Colonialism, as well as postcolonial thinking (see the Exhibition Reader) is at the center-stage of the exhibition’s program. The contrast between the global dimension of the art fair and its being located within the tensions of today’s Europe, symbolized by the split location between Germany and Greece, and of its colonial and Eurocentric past, resulted in contested art works. The Parthenon of Books by Marta Minujin – a real scale copy of the Greek monument realized with censored books – and the Monument for Strangers and Refugees byOlu Oguibe – an obelisk made of concrete on which one can read in four languages the sentence of St Mathew’s Gospel, “I was a stranger and you invited me in”, these works seemed too moralistic to be successful art. The provocative title of the performance of the Italian artist and theorist Franco Berardi “Bifo,” “Auschwitz on the Beach,” calling the continuous death of migrants in the Mediterranean Europe’s contemporary Auschwitz, was instead censured, and had to be changed in “Shame on us”.

As this year's edition of dOCUMENTA has shown, the contradictions of today’s Europe, as well as the shame and guilt of its own past, have reached a critical point. This state of affairs is visible in every national election, be it the French, the Dutch or, now, the German one. After France and the Netherlands put, at least temporarily, a stop to populist, right wing parties, now it is the turn of Germany. The right-wing party of Alternative for Germany (AfD) could enter the German Parliament for the first time since 1961, and according to some polls, could be Germany’s third party.

As art, with all its contradictions, shows, Europe is now at a tipping point: the refugee crisis and the debt crisis are “producing monsters,” to paraphrase Goya’s famous title. With the specter of Brexit on top of its multiple failures and crises, the EU needs to move forward in reforming the architecture of its economic system, from the role of the European Central Bank to the rules governing the common currency, and it needs to integrate much further into the EU institutional framework the migration policy, without leaving it mainly into the hands of the Member States.

As the German sociologist Claus Offe has written in his last book, Europe Entrapped (2014), there is little disagreement on the reforms that need to be done, but there is very little political will in doing them. The German elections need to result in a government that will, together with the other Member States, finally overcome any reluctant attitude and use the current window to make the reforms the EU desperately needs. Otherwise, right wing Eurosceptic parties will take the lead, and Europe will only be able to repeat once again “Shame on us”.