New Article on the Production of Public Opinion in the EU 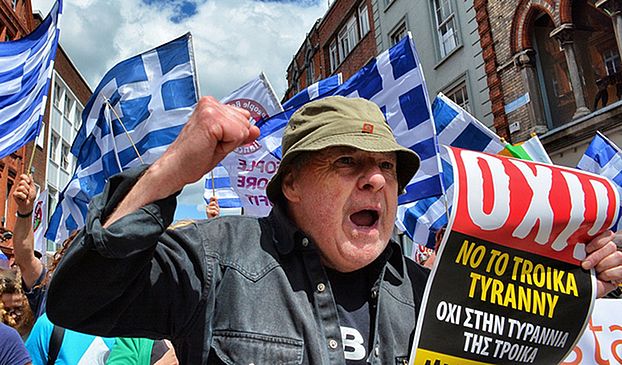 “Producing Public Opinion within the Space of the EU” is a new article by Prof. Teresa Pullano. Taking the Greek referendum of 2015 as an example, the theoretical contribution discusses the role of EU citizenship policies in shaping the preferences of citizens on the process of European integration.

Teresa Pullano’s article is based on a theoretical model that interprets EU citizenship policies as a set of legal and political dynamics that produce a differential political space at the scale of the European Union. Starting from this model, Pullano develops some research hypotheses on the case of the Greek referendum from July 5, 2015. In this referendum, the Greek citizens were asked whether or not they approve of the economic aid plan proposed by the European Commission to the government of Alexis Tsipras.

Politique européenne is a journal devoted to the field of European studies. It features contributions on public policies, international relations, political sociology, and political theory. It is among the leading journals for political scientists in the francophone academic world and for actors of the European Union.

Teresa Pullano is Assistant Professor of European Global Studies at the Institute for European Global Studies of the University of Basel. She is a specialist in the field of European citizenship and European integration, currently working on the impact of EU law on the social and political restructuring of statehood at the continental level. Beyond that, her research interests include critical theory, political theory, political philosophy, political sociology, European politics, nationalism and state formation, critical social theory, as well as social epistemology.