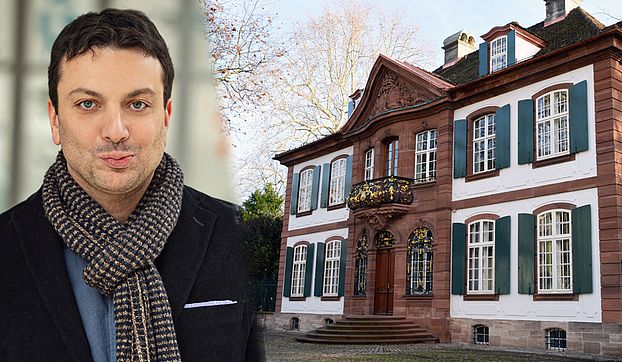 In September 2021, Vasileios Syros will join the Institute for European Global Studies as an affiliated Senior Research Fellow. In the course of the coming five years, he will pursue a project that seeks to explore “Comparative Political Theory and the Challenges of the 21st Century.” The members and friends of the Institute cordially welcome him!

Vasileios Syros will work as an affiliated Senior Research Fellow at the Institute for European Global Studies from September 2021 to September 2026. His research on “Comparative Political Theory and the Challenges of the 21st Century” is supported by Finnish mobility funding for international cooperation. Syros returns to Basel after a previous stay as a Visiting Fellow at the Institute in the fall of 2018. Back then, he worked with Ralph Weber on the project “The Value of Comparison: Global History and Comparative Political Theory,” which was funded by the Scientific Exchanges funding scheme of the Swiss National Science Foundation (SNSF).

Vasileios Syros is Docent in Political History at the University of Helsinki and Director of the Early Modern Greek Culture Program at The Medici Archive Project (Florence, Italy). His teaching and research interests focus on the history of Christian/Latin, Islamic, and Jewish political thought and Comparative Political Theory. Most recently, he has published a monograph on Medieval Islamic Political Thought and Modern Leadership (Papazissis, 2020, in Greek) and his work has appeared in a number of international peer-reviewed journals, including the Journal of World History, the Journal of Early Modern History, and the Revue des Études Juives.