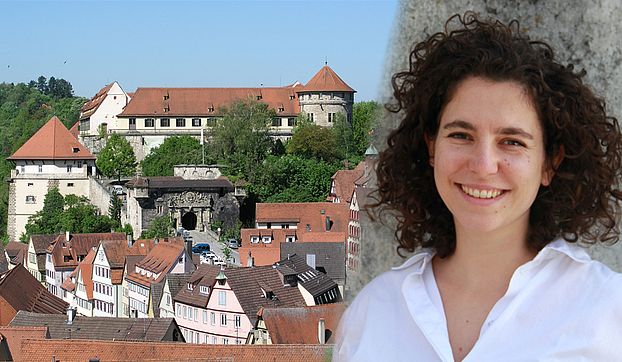 “Regluating Belonging: Citizenship, Exclusion and the Role of Law” was the topic of a keynote lecture Barbara von Rütte presented at the international and interdisciplinary conference “Shifting Orders: Belonging in Transition.” The event, which approached the topic of belonging from six topical angles, took place on 14-16 October 2021 in Tübingen.

The conference addressed the topic of belonging in six sessions, each reflecting on a specific aspect of the phenomenon, namely property, intersectionality, situatedness, the right to belonging/not-belonging, emplacement, and religion. Barbara von Rütte's keynote address opened the session “The Right of Belonging / Not-Belonging in the Global Encounter.” The conference “Regluating Belonging: Citizenship, Exclusion and the Role of Law” was organized by the Center for Interdisciplinary and Intercultural Studies of the University of Tübingen.

Barbara von Rütte is a postdoctoral researcher at the Institute for European Global Studies. She received her doctorate in the field of international law from the University of Berne and has worked for the Max Planck Institute for the Study of Religious and Ethnic Diversity in Göttingen and Free University of Berlin. In addition, she was a consultant for the Council of Europe and is a member of the Swiss Federal Commission on Migration. In her research, she focuses on questions of belonging, discrimination, and democracy; nationality, citizenship, and statelessness; Swiss and international migration law; international human rights protection and public international law; as well as constitutional law and general administrative law.