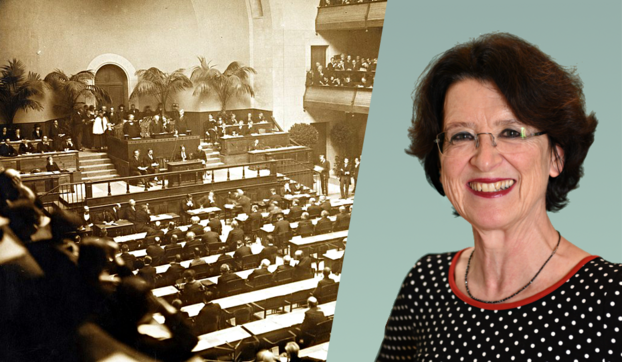 Prof. Madeleine Herren will participate in a panel discussion on the history of Central and Eastern Europe in the interwar period. The event is organised on the occasion of the launch of the book "Remaking Central Europe: The League of Nations and the Former Habsburg Lands" edited by Peter Becker and Natasha Wheatley. It takes place on June 3, 2021, at 3 pm, via Zoom.

Over the last two decades, the "new international order" of 1919 has grown into an expansive new area of research across multiple disciplines. With the League of Nations at its heart, the interwar settlement's innovations in international organizations, international law, and many other areas shaped the world we know today.

The book "Remaking Central Europe: The League of Nations and the Former Habsburg Lands" presents the first study of the relationship between this new international order and the new regional order in Central and Eastern Europe after the collapse of the Habsburg empire. An analysis of the co-implication of these two orders is grounded in four key scholarly interventions: understanding the legacies of empire in international organizations; examining regionalism in the work of interwar international institutions; creating an integrated history of the interwar order in Europe; and testing recent claims of the conceptual connection between nationalism and internationalism.